Our selection of Roscoea includes five with the prefix ‘Harvington’. These are distinctive plants selected for their beauty, distinctiveness, vigour and garden worthiness. Several have been awarded the Royal Horticultural Society’s Award of Garden Merit (AGM) in recognition of these characteristics.

Roscoea are robust herbaceous perennials in the ginger family. They are suitable for the front of borders, a rock garden or grown in a container. With orchid-like flowers in the summer they can be found in colours ranging from white and cream through pinks, brick reds and purples. They have tuberous, fleshy roots (similar in appearance to dahlia) that become dormant in late autumn, with strap shaped leaves from April onwards. They are hardy throughout the British Isles.

Roscoea grow well in light, dappled shade. The grow in any moist, free draining soil. They are frost hardy in the garden when planted at the right depth (10-15cm below surface). 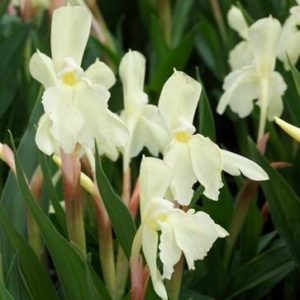 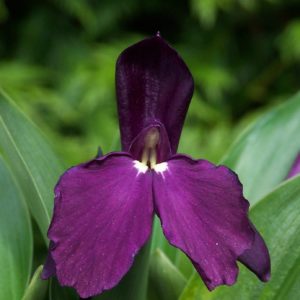 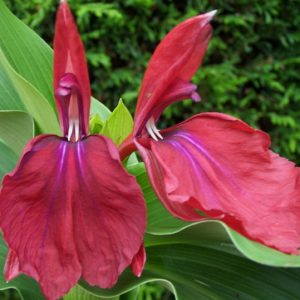 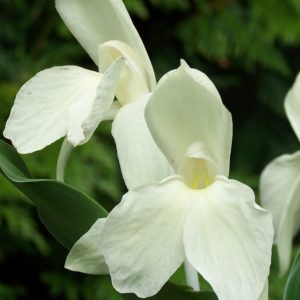 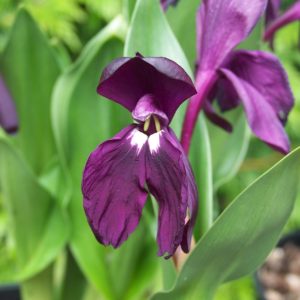 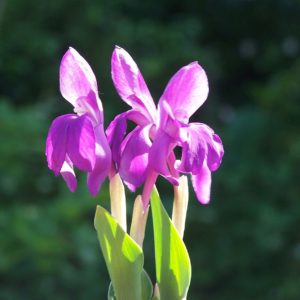 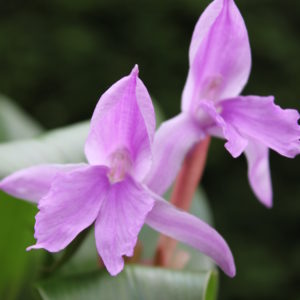 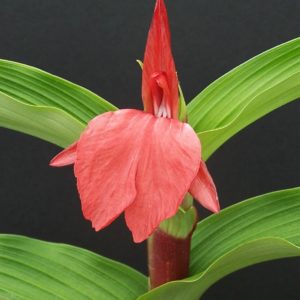 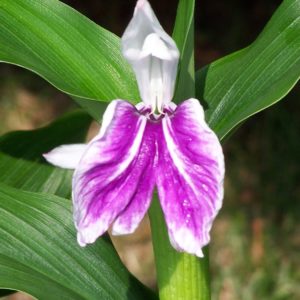 Cream orchid-like flowers. There is a lot of variability in what different nurseries call ‘R. cautleyoides’. This is an excellent form as seen on the photograph.

The freshly open flowers are very deep purple/black with white flecks in the centre. Bred and named by Hugh and Liz Nunn at their nursery in Harvington near Evesham. Similar to ‘Harvington Royale’ but later flowering.

An early flowering hybrid with an RHS Award of Garden Merit. Beautiful pink bracts surround the buds which open into large cream flowers. Clump forming with lots of vigour and lots of flowers.

An early flowering hybrid. Large purple flowers create a plant which makes an impact wherever it is seen. Clump forming and lots of vigour. Similar to ‘Harvington Evening Star’ but earlier into flower.

RHS Award of Garden Merit. The Trial report states, ‘Lots of lush growth… vigorous and bulks up quickly… Produces a lot of flower over a long period. A great garden plant.’

A very strong growing plant with distinctive reddish purple stems and pink flowers completely different from any other available. An outstanding border plant that calls attention to itself. RHS Award of Garden Merit. The Trial Report states, ‘A very early and attractive cultivar. The best pink colour in the trial. Bulked up well.’

Grown at Wisley and propagated in celebration of the bicentenary of the Royal Horticultural Society. Beautiful orchid like white and purple streaked flowers.