Trillium are known as North American Triplet Lilies because they all have plant parts in threes. They come mostly from North America with those from the Western states being distinct from those in the East.

Generally they grow best in light dappled shade or where they receive direct sunlight for only part of the day. They all grow from rhizomes which develop just below the soil surface. New shoots appear in early spring and die down again from mid to late summer. If plants are moved and planted when they have plump rhizomes and fresh roots that haven’t been allowed to dry out, they will establish quickly. Soil with organic plant food will assist their growth – they respond well to good feeding.

A description of each of the Trillium in the Harvington Collection is given below. 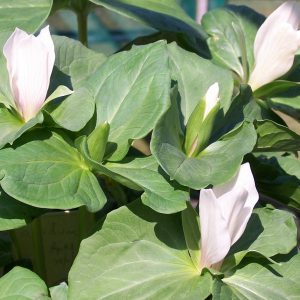 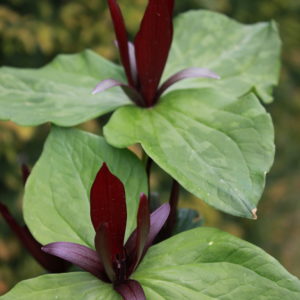 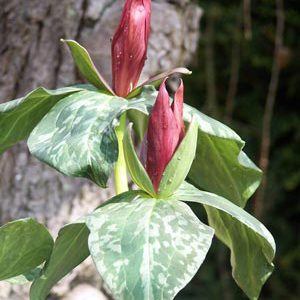 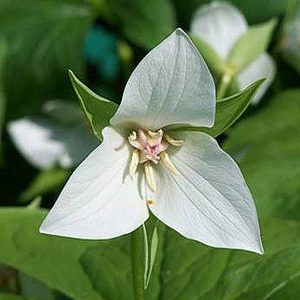 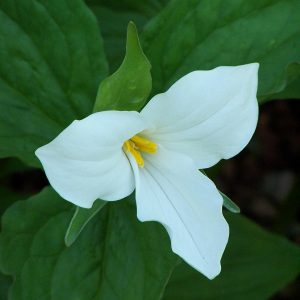 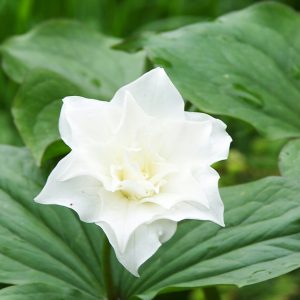 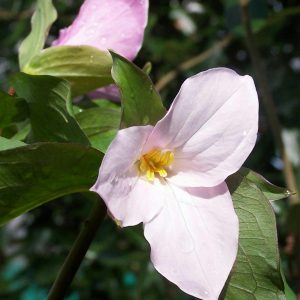 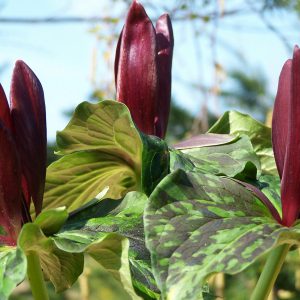 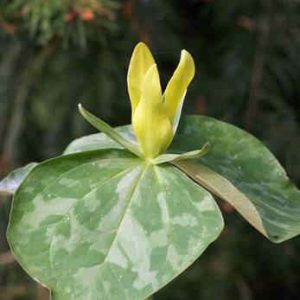 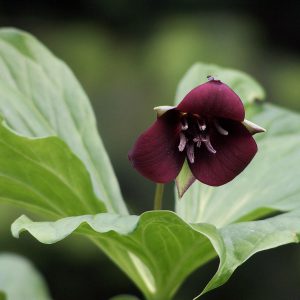 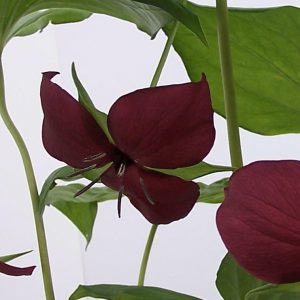 This is a seriously lovely white Trillium from California with fragrant flowers. Its large green leaves are often mottled with maroon markings.

This holds its maroon red flowers through April and May. This species is from California and has beautifully mottled leaves. It forms strong clumps given time and is very persistent. In our experience, 25 years in one position is not uncommon. Height up to 35cm.

One of the Trilliums with mottled leaves – purplish blotches and spots on a green background. Maroon flowers arise from the rosette of leaves without a flower stalk. Originates from some of the Eastern states of the USA where it flourishes in large numbers. Appears above ground in March, flowering in March/April. Height up to 30cm.

This is a robust Trillium. In its natural habitat it grows on soils where lime is present and is therefore tolerant of limey soils in this country as long as there is plenty of organic matter. White flowers but with a light pink ovary in the centre of the flower which gives added interest. Flowers April. Plants can grow to 40cm with outward facing flowers on strong stems.

This is one of the best-known Trillium with large white flowers on plants that do well under garden conditions given light shade, organic matter and reasonable drainage. Originates from the woodlands of Eastern North America. From its underground root stock it sends up spring shoots topped with glistening white flowers. Comes up each year with similar timing to our own blue bells. Plants can vary considerably in vigour, flower size and height. We have been selecting for the best characteristics since 1995. Flowers April and May. Height up to 30cm.

A lovely double form of T. grandiflorum. Flower form is rather reminiscent of a double gardenia or camellia. Because it cannot be grown from seed the slow process of vegetative propagation has often meant this plant is in short supply.

A beautiful pale pink form of T. grandiflorum. We have been building up stocks of this lovely plant from seed for several years from our best selected forms.

This species has maroon stemless flowers on a vigorous base of leaves. Originates in California and has often been confused with a number of other species which superficially carry similar characteristics. Often known in the trade and gardens as Trillium sessile. We are building stocks of this species but demand currently tends to outstrip supply.

This is a plant with poise! The leaves are green with silvery mottling whilst the stalkless yellow flowers arise from the centre of each plant. The flower colour deepens with age and lasts much longer than any other Trillium we grow. Can look good from April through to June. Height 15-30cm.

One of the aristocrats of the Trillium family. Its rich maroon flowers are comparatively large in size making this plant highly desirable although we have not always found it an easy species to grow. One of the last Trillium species to flower in May.